Floppy disks, also known as floppy discs ( FD), are exchangeable magnetic data carriers that ensure random access to data. They are plastic disks housed in rectangular floppy disk cases for contact protection and covered on one or both sides with a magnetizable layer. Data is stored on the layers in concentric tracks by magnetization. For this purpose, the diskette rotates at 360 rpm under the read/write head.

The development of floppy disks

Historically, the earlier 8" floppy disk, the standard floppy disk, was later replaced by the 5.25" floppy disk, the mini floppy disk, and this in turn by the 3.5" version, the micro floppy disk. The reduction in size and the simultaneous increase in storage capacity were due to improved magnetizable materials and thus to the higher storage density. 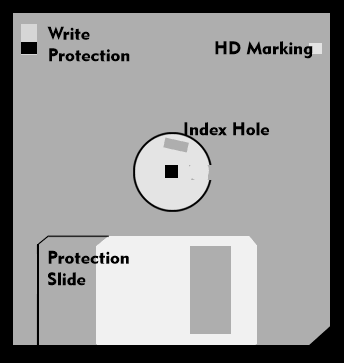 Structure of the 3.5" floppy disk 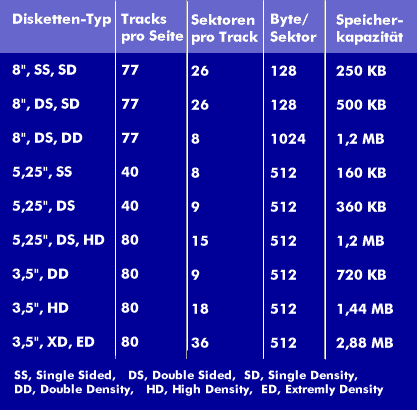 Data is stored on concentric circular tracks in which the tracks are stored. The tracks are in turn divided into sectors. Between the tracks there are non-magnetic areas for track differentiation. The 5.25" diskette is available with 40 and 80 tracks and 9 or 15 (1.2 MB) sectors, the 3.5" diskette with 80 tracks and 9 or 18 (HD) sectors, which corresponds to a maximum total number of 2,880 sectors and ultimately leads to a storage capacity of 1.44 MB with a sector size of 512 bytes. 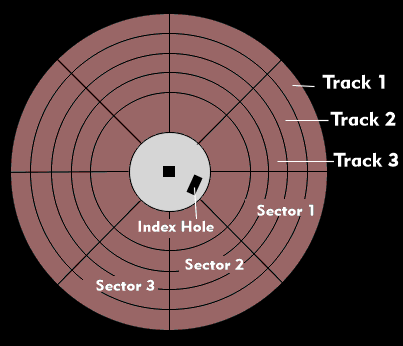 Data structure of the 3.25" floppy disk