Ferrites consist of a mixture of iron oxide, nickel, zinc or manganese oxides and have a crystalline structure. Ferrite cores or ferrite beads are formed from these materials in a sintering process and are used as magnetically conductive material in coils, chokes and transformers. 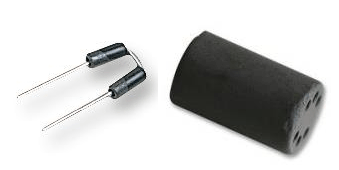 From an electrical point of view, ferrite beads are a series circuit of inductance and resistance. Such a circuit corresponds to a low-pass filter and has a corresponding frequency and damping behavior. The resistivity is about 6 to 10 times higher than that of other magnetic materials. 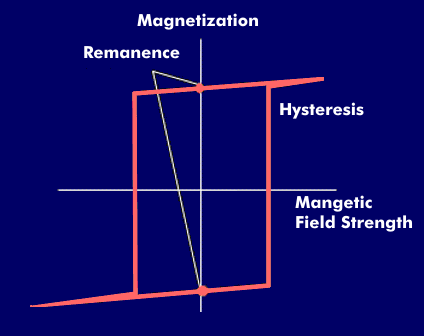 Rectangular hysteresis of a ferrite bead

Ferrite cores, which have a high permeability, which may well be in the thousands or tens of thousands, are used in chokes, high-frequency coils, transmitters and transformers, but also in power supplies, RF and audio equipment, where they act as suppressor chokes to suppress voltage peaks from the mains or radiated high frequencies. Furthermore, ferrite beads have been used as damping beads and in core memories. Ferrites with approximately rectangular hysteresis and high remanence were developed for the latter application.