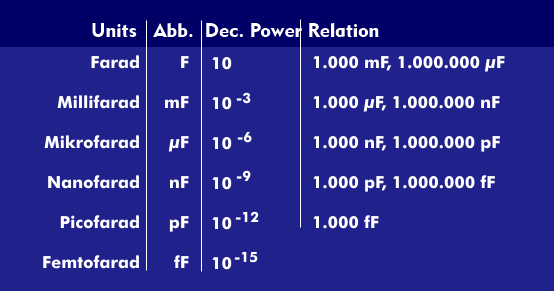 The farad and its divisions

A capacitance of one farad causes a charging current of 1 A for one second at a charging voltage of 1 V.

The unit farad is named after the British physicist Michael Faraday (1791-1867). Since it is an extremely large unit of capacitance, capacitors with much smaller capacitance values between millifarad (mF, `10^-3`) and picofarad (pF, `10^-12`) are used in most circuits in practice. Only supercapacitors have capacitance values exceeding one farad up to several thousand farads (kF).