The Extended Binary Coded Decimal Interchange Code (EBCDIC) is an extended 8-bit code developed by IBM and used in IBM mainframes as internal processing code. It can be used without code conversion, e.g. with the standardized ASCII character set for data transmission. The EBCDIC code consists of letters, digits, control characters and graphic symbols. 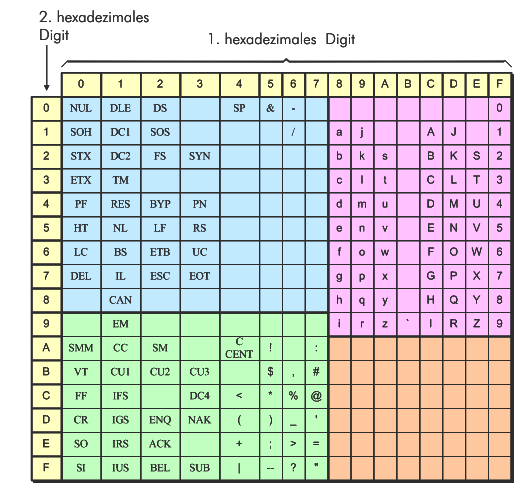 Assignment of the charkaters in the EBCDIC code

There are several variants of EBCDIC which are incompatible with each other. The American variant uses largely the same characters as the ASCII code. However, some characters are not contained in the respective other code.

A conversion from the EBCDIC code to ASCII is only possible via code tables.