Electrolytes are solid, liquid or gel-like chemical substances that can absorb, release and transport ions to a sufficient degree.

The electrolyte is the medium for transferring ions between electrodes within the cell. Electrolytes serve the chemical reaction and take over the internal ion transport between the two electrodes, the anode and the cathode, in batteries, accumulators and fuel cells. To balance the charge, electrolytes generate ions, which, unlike electrons, can be transported in the electrolyte. 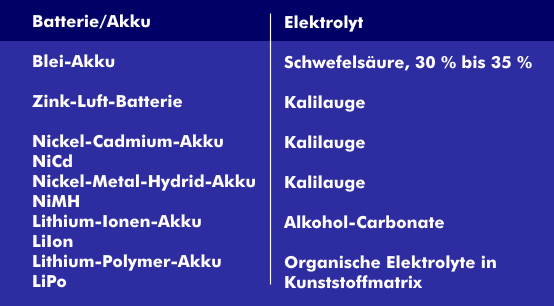