A Draft Standard(DS) is a draft standardization document. In the case of the Internet standards described in the Request for Comments( RFC), this has a minimum duration of four months. 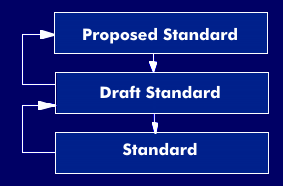 From Proposed Standard to Standard