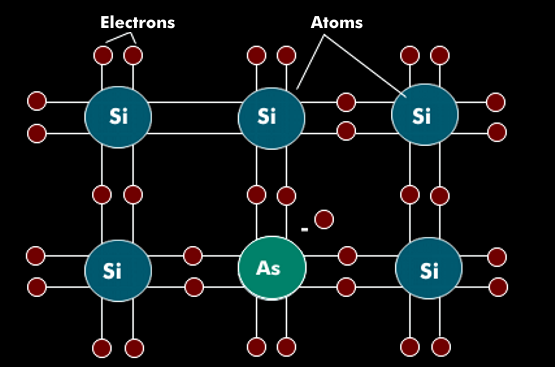 Phosphorus (P), arsenic( As) and antimony (Sb) are used as donors for silicon. In tetravalent silicon, the four bonds are occupied by pentavalent substances, with one charge carrier unbound. This doping with excess electrons is an n-doping or n- conductor. 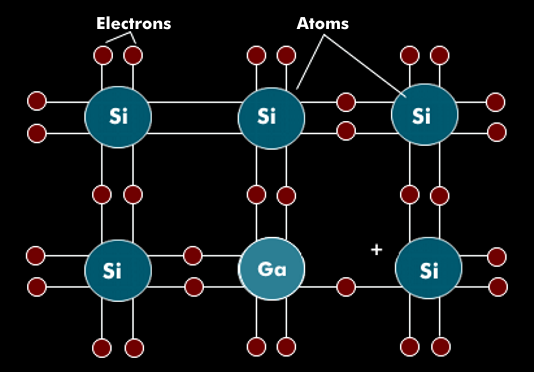 If the inserted foreign atoms lack an electron in the valence band, then they are called acceptors, whose missing electrons leave missing electrons or holes. Aluminum (Al), gallium( Ga), indium (In) and boron (B) are used as acceptors for silicon. This doping with trivalent acceptors results in a missing bond; a positive hole is created that can be occupied by another electron. This doping with spurious electrons is a p-doping or a p-conductor. The excess of false electrons, or positive charge carriers, also serves to transport current. In silicon, boron (B) is usually used as an acceptor.