As with the DoS attack, in the DDoS attack the attacked computer is bombarded with faulty and intentionally misaddressed IP packets, intensively until the attacked server has to stop its service or crashes.

The DDoS attacks are coordinated from the attacker or the botnet operator, who can activate the malware, spams or Trojans dropped on the infected botnet machines at the same time. Since the actual attacks are carried out via the many botnet computers, it is difficult to determine the originator, especially since fast-fluxing is often used, which means that the domain names change permanently. 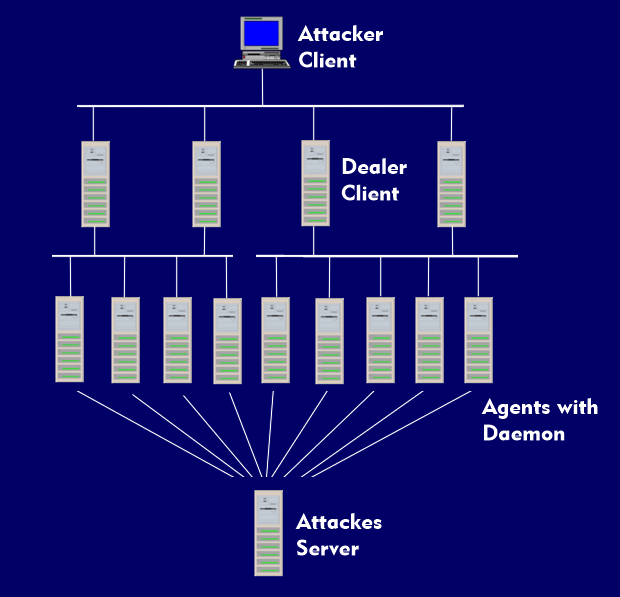 Structure of a DDoS attack

When the attack is launched, the utilities are activated simultaneously on all agents and start a DDoS attack on the target server. A DDoS attack can be a SYN flooding or another DoS attack.