Distributed data processing must find its realization in a suitable combination of hardware, operating systems, networks and their protocols, and finally application software. A computer system for distributed processing consists of several computers coupled together, where the main task of the operating system is to organize the distribution of data, resources and workload. 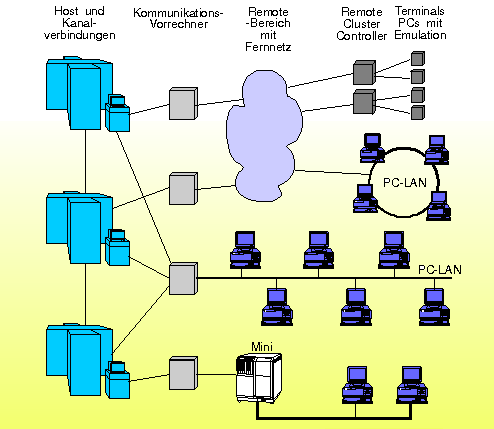