Distribution is used to scale systems as easily as possible, i.e. to respond to increasing demand for memory or CPU power by adding new computers. For example, statistical functions in a system that are very computationally intensive could be offloaded to a separate server so as not to impede data maintenance by users. 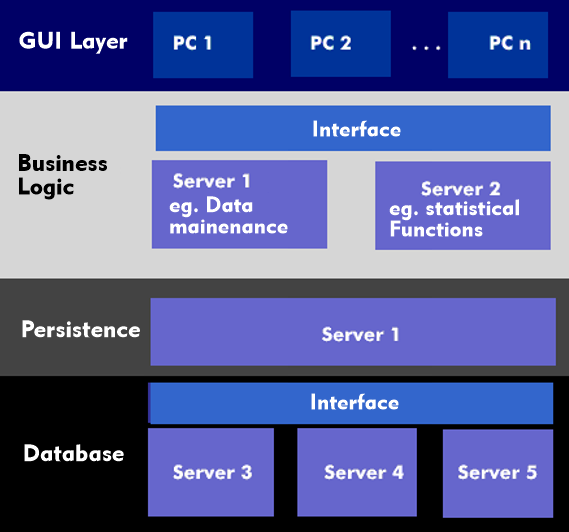 The distribution of software systems can take place not only within the application layers, but also beyond that. It is thus possible to run components of different layers on the same computer.

A distributed running component should always hide this fact from its communication partners. For example, relational database systems are often run on server clusters consisting of many different machines in order to cope with the resulting computing load. For the persistence layer accessing it, however, this complexity is hidden. It communicates with a component, which in turn takes over the organization of the distributed components.