The development of digital video has been significantly influenced by graphic image processing. The rapid development of PC technology, graphics cards and compression programs is characterized by ever higher performance, which has been reflected in the display and processing of moving images. In addition, in the case of video, digitization offers enormous advantages that are noticeable in editing, post-processing, repeated copying and transmission. 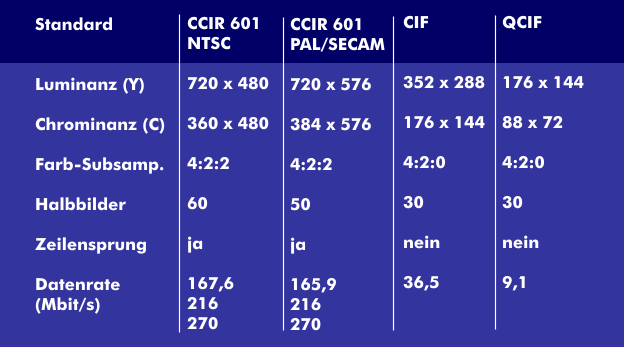 For the PAL television standard, the ITU file format BT.601 applies to YUV color models with a color subsampling of 4:2:2, which means that the luminance signal is sampled twice as often as the two chrominance signals. The luminance is sampled at 13.5 MHz, and the U and V components at 6.75 MHz. The format for the digital data stream is specified in BT.656.