Digital Linear Tape (DLT) is a tape storage technology that has become the de facto standard for archiving and data backup in the midrange and high-end PC servers.

DLT technology works with 1/2- inch tapes in cartridges on which the data is recorded linearly in a longitudinal track process. In contrast to all other linear processes, DLT technology works with only one reel. Here, the magnetic tape is loaded into the drive by means of a threading mechanism and wound onto a second tape reel, which is permanently installed in the tape drive 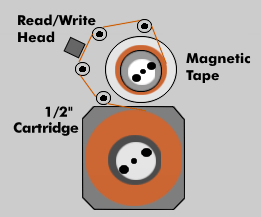 DLT drives store their data in fixed-size blocks in both running directions. The data blocks arechecked for errors using various error detection techniques such as parity checking, cyclic block checking(CRC) and error detection code( EDC). They have storage capacities of 40 gigabytes( GB), 70 GB and 80 GB of compressed data at data transfer rates of up to 10 MB/s 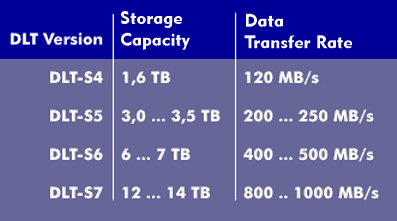 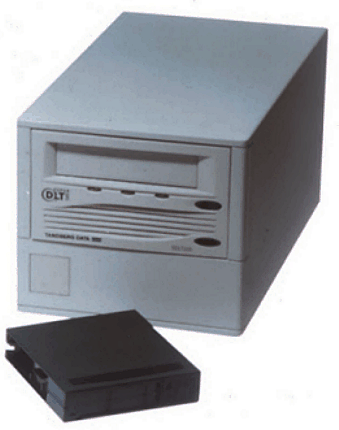 DLT drives are suitable for applications with high operating times. The service life of the magnetic heads is specified at over 30,000 hours, and the number of tape passes at over 500,000.