The DGPS system (Differential Global Positioning System) offers a much higher location-based accuracy than the GPS system. It can be used to determine a user's position to within 1 m and even to within a few centimeters. 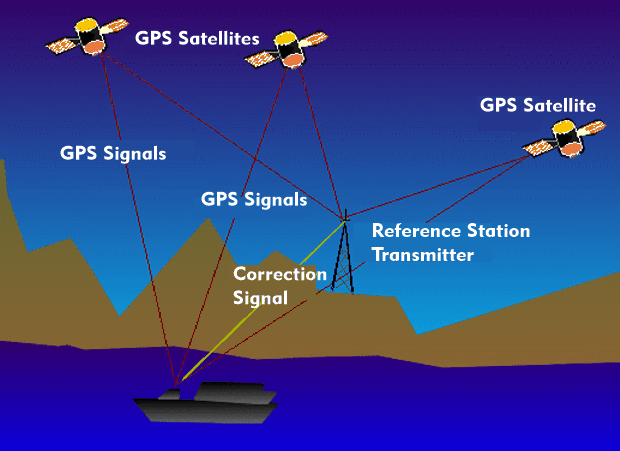 Depending on the service, the difference values are transmitted as correction signals via VHF broadcast or mobileradio to the GPS users in the vicinity, who decode them and take them into account in their position calculation. The DGPS correction signals are transmitted only every few seconds, or several times a second in high-precision applications.

The accuracy of the DGPS correction signal depends on the distance between the reference station and the GPS receiver, which is located in a car, for example. The closer the GPS receiver is to the reference station, the better the accuracy. Among other things, the DGPS system is used in the GBAS ground-based navigation system for accurate landing approaches at airports.