The Dedicated Control Channel (DCCH) is one of three logical organization channels of the signaling channel( Dm) in GSM networks. 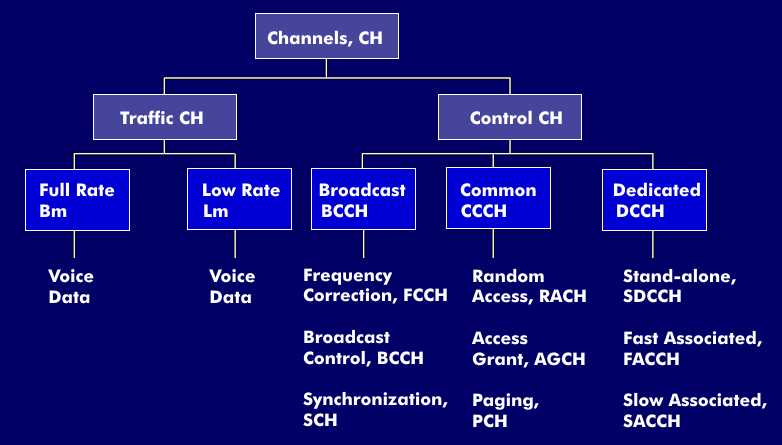 The SDCCH is used to transmit the signaling data for the destination network and the channel number of the traffic channel used to the radio telephone.

The Associated Control Channel( ACCH) is a control channel that exists only if a traffic channel has been assigned to the subscriber. This channel is used to transmit additional messages during an existing connection and to control the handover with the base station.