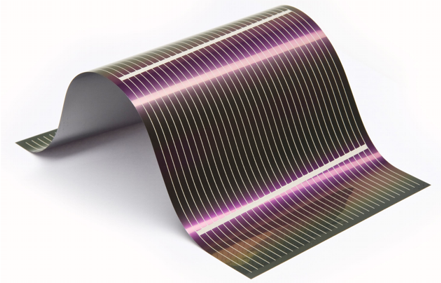 Cost savings are about material usage and processing capabilities. While silicon in solar cells has a thickness of at least 150 µm, CIGS allows thin-film solar cells to be produced with a layer thickness of about 1 µm, resulting in enormous material savings. Since glass or even polyamide film is used as the substrate, it is possible to produce flexible solar modules.

As far as efficiency is concerned, this is around 15 %. In research laboratories, solar cells with an efficiency of over 20 % have already been produced.