Captcha is the name given to problems that cannot be solved by computers and even supercomputers with artificial intelligence( AI), even though they appear to be relatively simple for the human brain.

A computer uses a corresponding test, the captcha test, to determine whether its communication partner is a human or another computer. For this purpose, it confronts its counterpart with a problem that a computer, according to the current state of development, cannot solve or cannot solve in a reasonable time. The tasks to be solved are problems for which a human brain provides solutions. These are simple logical tasks with visual and acoustic perceptions. 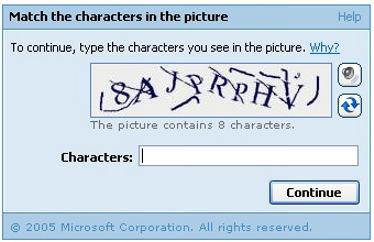 The goal of the Captcha is to clearly distinguish between humans and computers. They should be recognized by humans without problems and not be solved by computers. Thus, all electronic methods of font and text recognition, such as optical character recognition( OCR), are to be invalidated so that they cannot be used for automatic generation of spam.

Captchas are often characters that run into each other or overlap each other. Distorting characters, using colors, lines and shapes are also used to prevent computers from interpreting these characters. Other approaches use picture puzzles in which a particular animal or plant must be recognized. Still others pose simple math problems. The purpose of all these captcha is to keep spammers and hackers away from websites that would have to interpret captcha first.