The Common Object Request Broker Architecture (CORBA), developed in 1989 by a consortium of companies ( OMG), forms a reference architecture for distributed, object-oriented systems for object switching, with the portability and interoperability ofsoftware components forming a key development aspect. CORBA describes the interaction between client and server in a client server architecture, with which objects co-operate over an open software bus.

Basis of this architecture formed the publication of the Object Management Architecture( OMA). A crucial component of the Common Object Request Broker Architecture (CORBA) is the Object Request Broker( ORB), which takes over the mediation function between the objects. The software modules for the static connections to the objects, the IDL Stubs (Interface Definition Language) and IDL Skeleton, are based on the ORB kernel. For the dynamic call of objects the connection information in a Repository, in which these are dynamically kept. 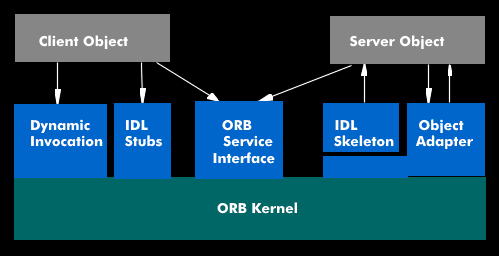 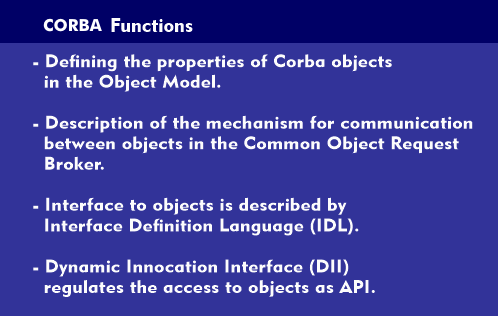