The Common Language Specification (CLS) was defined to allow implementations to interact with other objects in a language-independent manner. Only the properties that are used in all languages and with which they must interoperate are made available to the objects. 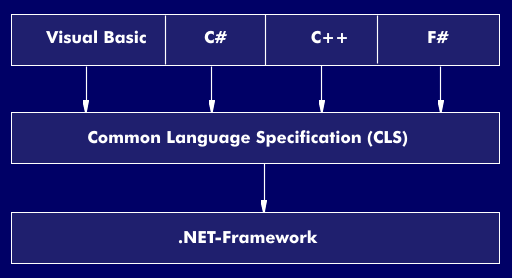