The Common Internet File System (CIFS) is the variant of the SMB protocol, Server Message Block, which works with NetBIOS over TCP/ IP( NBT). CIFS was declared as an open protocol by Microsoft and is an addition and improvement to the FTP protocol and for HTTP as a network file system.

The CIFS system runs under TCP/IP and can use resources from either standard DNS or NetBIOS for browsing. CIFS is particularly well suited for use in large networks or on the Internet because it has built-in mechanisms for using different "dialects" that can contain different character sets. 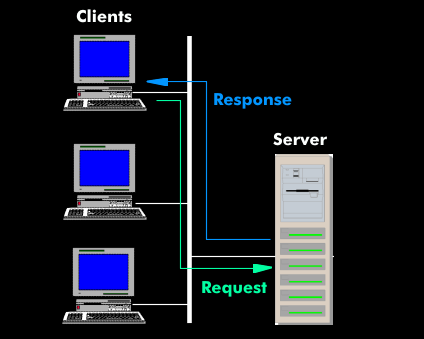 Request and response between client and server in the SMB protocol

CIFS is used in file storage and makes precisely designated disk areas available to users throughout the network. When a file is requested, CIFS assumes that the client can identify the name of the server, the share, and the location of the file on the server.

Among other things, CIFS is used in Wide Area File Service(WAFS) in the centralization of distributed databases or in Wide Area Application Services( WAAS).