In color mixing, a distinction is made between additive and subtractive color mixing. Both color mixing processes use the inertia and limited color resolution of the human eye to create a subjective color impression.

Additive color mixing involves the addition of emitting colored light sources (temperature emitters). In this color mixing, which is used in screens, among other things, several additive primary colors are mixed to form a new color. In monitors, the primary colors red, green and blue are used to produce as many naturally occurring hues as possible. 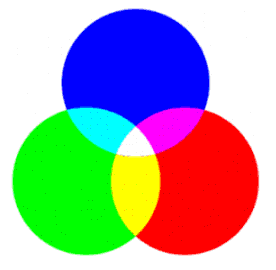 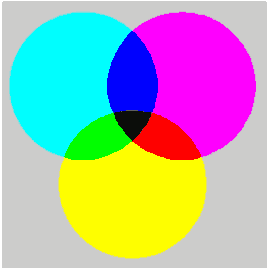 In subtractive color mixing, certain spectral ranges are excluded from an existing color spectrum by absorption and reflection. This involves the reflection of light at color dots, as is familiar from print media. The printed color becomes visible only because it is illuminated by artificial light or daylight, absorbs most of the colors of the light and reflects only the wavelength of the color tone.

If, for example, a white surface is illuminated with white light, all color components of the light are reflected and the viewer sees the white reflective surface.