If a message has to be encrypted for secrecy purposes, it is initially present as plaintext. If it is then encrypted according to a specified key, the string of seemingly meaningless characters is called ciphertext.

The ciphertext is created from the plaintext with the help of the cipher. The cipher itself is a bit combination generated from a cryptoalgorithm that cannot be decrypted. The cipher is divided into asymmetric and symmetric ciphers, which are divided into block ciphers and stream ciphers. 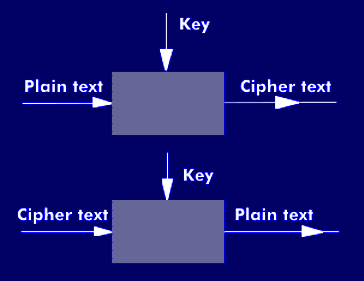 Principle of encryption and decryption