Chokes are coils with ferromagnetic core or corresponding housing. The ferromagnetic material can be mu-metal or ferrite, but also iron sheets, which are insulated against each other because of the possible eddy current formation. Due to the ferromagnetic core, the permeability and the magnetic flux density in the coil increases.

According to their field of application, chokes can be divided into suppression chokes, storage chokes and current-compensated chokes.

Suppression ch okes are available in various designs for different applications. Among the designs, there is the resistor design, comparable to a resistor, in which cylindrical ferrite bodies are wrapped with the coil windings. They have a high inductance and are used in filters in the low- frequency small- signal range. 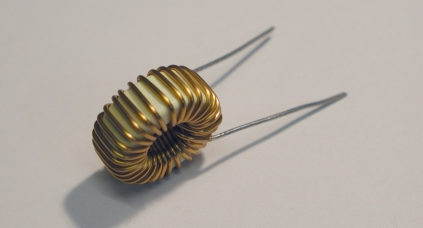 For high currents, there is the high-current choke, in which the choke core consists of a ferrite body that surrounds the current-carrying line. The DC resistance is equal to that of the power line, and its inductance is relatively low. Such high-current chokes are used in DC/DC converters to block the DC voltage. Another design uses a ferrite body that has several holes through which the current-carrying line is pulled. Such suppression chokes are used to suppress current spikes in power supplies. 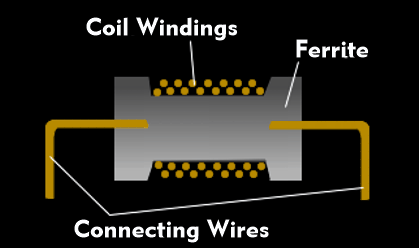 Storage ch okes are used in power electronics. For example, in switching power supplies and for controlling inductive loads. Due to their high inductance, storage chokes can also be used for short-term energy storage. They can be premagnetized and are used exclusively at higher frequencies up to 10 MHz. The storable energy results from half the product of the inductance and the current squared, `E = 0.5* L * I^2`. 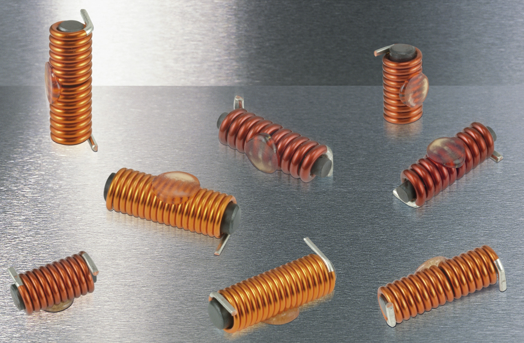 The current-compensated choke differs from the other chokes in that it has galvanic isolation and consists of opposing symmetrical windings, so-called bifilar windings. Current-compensated chokes can consist of a high-permeability ferrite toroidal core, a ferrite M-core, or a ferrite body with multiple holes through which the current-carrying leads are passed in bifilar windings. In this winding arrangement, the magnetic fields of push-pull currents cancel each other out and the magnetic fields of common- mode currents add up. The impedance of the current-compensated choke is very high for common-mode currents. It is this current compensation that allows signals with high DC content to be compensated without reaching magnetic saturation.