Up to now, recharging the batteries of battery-powered mobile devices has been done by cable using AC adapters, chargers or docking stations. There are also induction and wireless technologies that can be used to charge small battery-powered devices such as smartphones, cell phones, MP3 players, digital cameras, iPods and other small mobile devices wirelessly, without a cable connection. These technologies are known as wireless power transfer(WPT).

Contactless battery charging systems are wireless power transfer systems that can be used to charge batteries in mobile devices. These charging systems are designed as flat charging mats on which the devices to be charged are placed and from which they receive the energy. The corresponding products are called eCoupled, Powermat, charging pad or power pad.

Energy is transferred via a defined data protocol between the energy transmitter, the charging mat, and the energy receiver. The charging protocol takes into account the device type and the operating mode between the charging mat and the receiver module. It detects whether the device has a receiver module, the charge status of the batteries, and which parts of the charging mat need to be activated. Charging mats come in a wide variety of sizes for domestic use, as well as for office applications. Since the various approaches have not yet been standardized, there are different energy transfer and charging systems, which differ in the data protocols and the efficiency of the charge transfer. 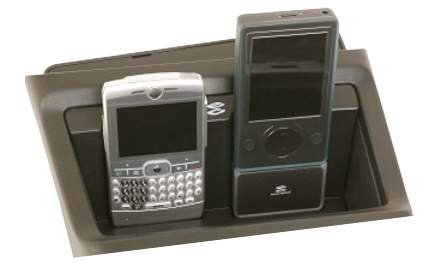 Wireless power transmission is standardized by the Wireless Power Consortium(WPC), which aims to establish compatibility in power transmitters, transmission and charging devices, and power receiving modules with the Qi standard.

Contactless power transmission must comply with appropriate safety regulations in accordance with the Comité International Special Pertubations Radioélectriques( CISPR) standards. The advantage of contactless battery charging is that different devices can be placed side by side on the charging mat and charged simultaneously. Thus, one does not need a separate charger for each device or battery. As an alternative to charging mats, RCA has developed Airnergy, a radio-based energy transfer concept for charging smartphones and cell phones via WLANhotspots.