Cathode ray tubes (CRT), also commonly referred to as electron beam tubes, are the components on which the image is displayed. It is therefore the central display component of screens, monitors and televisions.

The structure explained refers to monochrome screens; in color screens, the structure is in triplicate, since the electron beams for the colorsred (R), green (G) and blue (B) are generated individually, controlled in brightness, focused and deflected. All color cathode ray tubes work with additive color mixing according to the RGB color model. 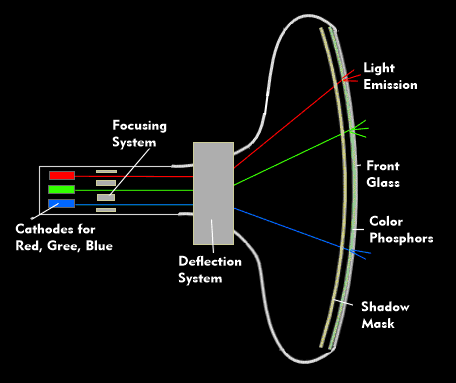 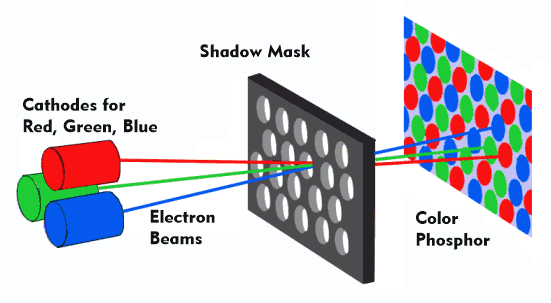 Most frahling techniques use raster imaging. Here, the electron beam scans the luminescent screen periodically, line by line from left to right and frame by frame from top to bottom. The display on the screen is controlled by brightness. The inertia of the human eye and the afterglow of the phosphors benefit human perception.

Another display technology that also uses emitting electrons is the SED display, but this is a flat screen.