A cabinet protects electronic components, integrated circuits, electronic circuits, printed circuit boards, functional units and assemblies. The protection can refer equally to the inner workings of the cabinet, as well as to the operator. It can be protection against contact or protection against interference radiation, which can be radiated both from the electronic circuits to the outside and from the outside to the inside of the device. In addition, enclosures provide cooling by dissipating heat.

The enclosure designs, their designations, shapes and the materials used are as varied as the applications. Depending on the application and size, one speaks of package, box, cabinet, rack or rack. 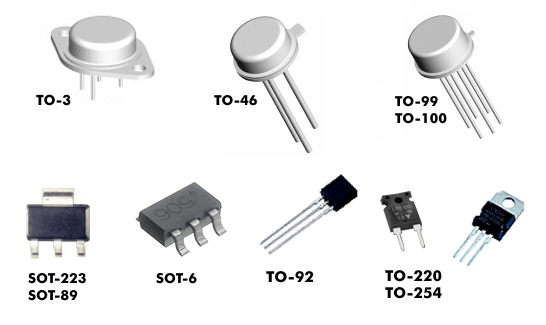 Transistor packages in TO and SOT design

In the case of electronic components, the term package is used. An example of this is diode and transistor packages in their many forms. Also with chips it concerns packages in which analog and digital semiconductor circuits, memory components or logics can hide.

The term box is more commonly used in connection with a device that is considered a quadripole and whose functionality is used for a specific application, such as the junction box, jukebox or splice box. 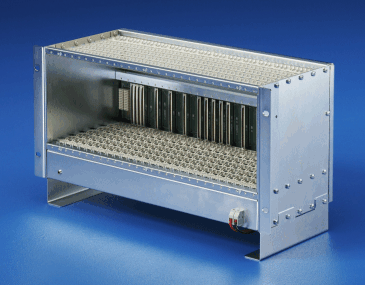 In systems engineering, where several boards are combined to form a measuring, transmitting or transmission system, the term subrack is used. Such subracks are used in industrial, scientific, and commercial applications to hold, power, and connect single- board computers, carrier boards, and other boards. 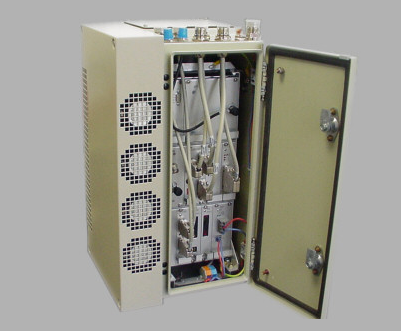 The slide-in carrier is used for the installation of functional units and control devices. It essentially consists of one or more DIN rails onto which fuses, terminal devices, functional units and other components can be plugged. Slide-in units are available in a wide variety of height units(HE) and installation depths. They are relatively flat housings that are mainly recessed into walls or racks.

The largest enclosure in the classification is the rack, the cabinet or the rack. In this, several subracks can be combined into one system. A rack may contain a server farm with blade servers, or a complete recording and measurement system for data acquisition and processing. It can be a transmitting system in which all receiving and transmitting components for a mobile network are located or their metrological monitoring equipment.