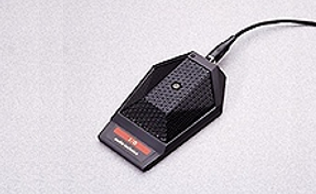 As a result, the output voltage is +6 dB higher than that of conventional microphones. Boundary microphones have a hemispherical, frequency-neutral polar pattern. They are designed as condenser micro phones or sometimes as electret micro phones.