As for electric vehicles, battery capacity can be used to infer vehicle performance. As an example, consider a Tesla with a battery capacity of 100 kWh. 100 kW corresponds to 136 hp. So this vehicle could be used to call up 136 hp for one hour, or 68 hp for two hours, or 34 hp for four hours. 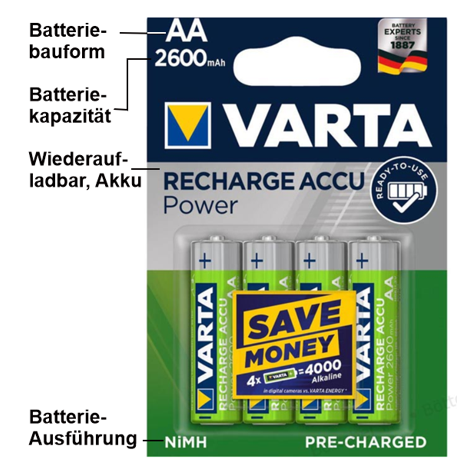 The battery capacities indicated on the batteries are the nominal capacity, which expresses the current-carrying capacity. The value given in ampere-hours (Ah) tells how much discharge current can be drawn over a given period of time until the final discharge voltage is reached. The discharge time is the period of time between the start of discharge and reaching the discharge voltage. When the discharge limit is reached, no further discharge current can be drawn from the battery. For example, if a battery has a nominal capacity of 5 kAh, it can supply a current of 5 kA for one hour, or a current of 10 A for 500 hours.