The bar code is an optically readable, one-dimensional bar code, 1D code, which consists of individual thicker and thinner bars and gaps. The bar code is based on the binary principle, where the black bars and white gaps in combination with the bar width and the gap width form a code that can stand for letters, digits and characters.

The development of bar codes

The actual development of bar codes began in the 1970s, when the first data processing systems were used in merchandise management systems. According to the requirements for character sets and technical possibilities, many different bar codes were developed: one-dimensional bar codes as two-width or multi-width codes, stacked bar codes as stacked codes, two-dimensional matrix codes, combined 1D codes and 2D codes, the composite codes, and later the 3D codes. 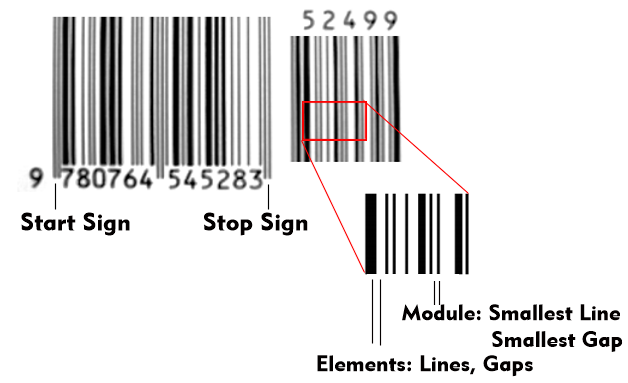 There are about 50 different bar codes, such as the Code 11, Code 12, Code 39, Code 128, Code 2/5 and many others, which are used in a wide variety of applications. The best-known barcode systems include the Universal Product Code( UPC), the SH barcode introduced in 1994, and the European Article Number( EAN) in its various forms. There is also the Codabar code for medical applications with high security requirements, the 2/5 Interleaved code used in the automotive industry, in warehouses, on pallets and shipping containers, the Code 39 found in libraries, universities and in logistics, and many others. 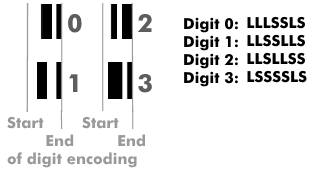 In standardized bar codes, such as the UPC code or the European Article Number (EAN), a digit is represented by two bars and two gaps, which can have four different widths. The stringing together of bars and gaps results in the numeric code, which is delimited by start and stop characters with the quiet zones before and after them. Between the start and stop characters are the user data. 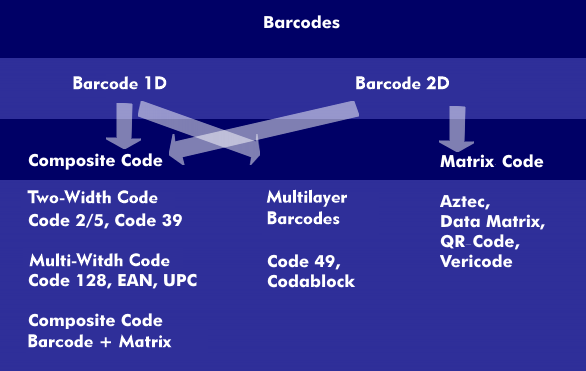 The start and stop characters allow bar codes to be read in both directions. For the calculation of the checksum, there is a symbol check character before the stop character, whichchecks the ratios between thick and thin elements.

The transition from bar codes to matrix codes, from 1D codes to 2D codes, is made by the stack code. In the stack code, several bar codes are stacked on top of each other, as in the Codablock or the PDF417.

Barcodes are printed with barcode scanners or barcode readers read with barcode printers. The barcode is read from left to right. In addition to the above-mentioned readers, reading pens, reading pistols, laser scanners or handheld scanners can also be used. In order to keep the error rate when reading a barcode as low as possible, many barcodes are provided with a checksum, which is determined using the modulo method.

Bar codes are used in merchandise management, goods logistics and goods labeling, transport and warehousing. Like other markings, they are part of Automatic Identification and Data Capture( AIDC). As an alternative to optically readable barcodes, electronically readable 2D codes and RFID tags are increasingly being used.