All materials can be classified conductively into the groups conductors, semiconductors and non-conductors. The basic model for this classification is the band model, in which the electrons and their energetic movement are characterized. 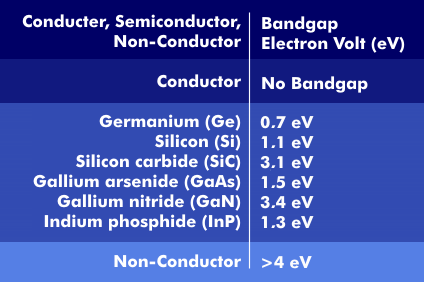 For non-conductors, this threshold is extremely high, with conductivity ranging from `10^-15` to `10^-18` S/cm (Siemens per centimeter).