The board design of motherboards in the BTX form factor is characterized by the fact that all heat-producing components are arranged in a row on the motherboard and a single fan ensures fast and effective heat dissipation. This is especially important in relation to the extensive heat emitting components such as the central processing unit( CPU), chipset or graphics cards. 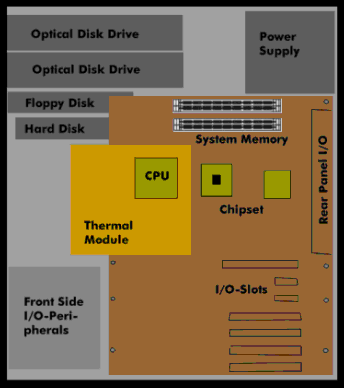 The central processing unit (CPU) is always located in a precisely defined position on the BTX board. To ensure effective cooling of all components and assemblies, all heat-generating components have been aligned in one direction. This allows the cooling air to circulate well and is quickly dissipated. The air circulation is thermally controlled with a sensor, the thermal module, and an axial fan. The board design and airflow takes into account internal components in particular. 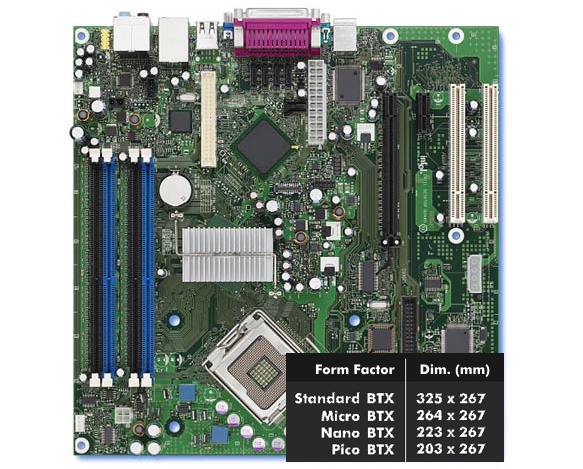 In addition to the BTX form factor standardized by the Formfactors organization, there are also the Micro-BTX, Nano-BTX and Pico-BTX variants. It's interesting that all variants only differ in width, but are identical in depth at 267 mm. Thus, Micro-BTX has dimensions of 264 mm x 267 mm, the smaller Nano-BTX dimensions of 233 mm x 267 mm, and the Pico-BTX has a depth of only 203 mm, with a width of 267 mm.