Bandwidth requirements for server inputs/outputs are increasing rapidly, doubling approximately every two years. While data rates of several hundred megabits per second were perfectly adequate in the 1990s, data rates of 10 Gbit/s were realized by 2010 and 100 Gbit/s and above are forecast by 2020.

To accommodate this rapid growth, the IEEE working group has specified 802.3ap with backplane Ethernet connections over the traces on the backplane PCB. These backplane connections are characterized by high and highest data rates, they are limited to the backplane and thus to distances of one meter. 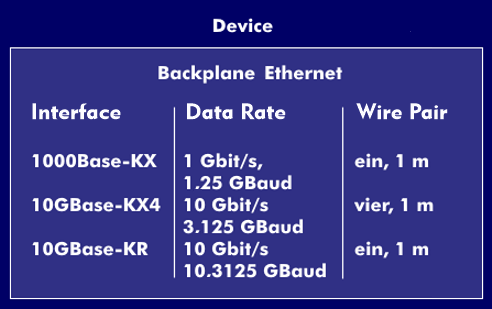 The backplane standards of 1- and 10-Gigabit Ethernet according to IEEE 802.3ap

The 802.3ap solution provides a universal alternative to proprietary backplane solutions and offers compatibility with Ethernet. The backplane Ethernet specifications of 802.3ap are about the electrical properties and channel model specifications. This also gives users a consistent Ethernet concept in the data center, right down to the backplane of the blade servers, which they can equip with server blades from different manufacturers. Many blade servers use standardized Ethernet chips for backplane Ethernet ports, most based on Gigabit Ethernet and 10 Gigabit Ethernet. 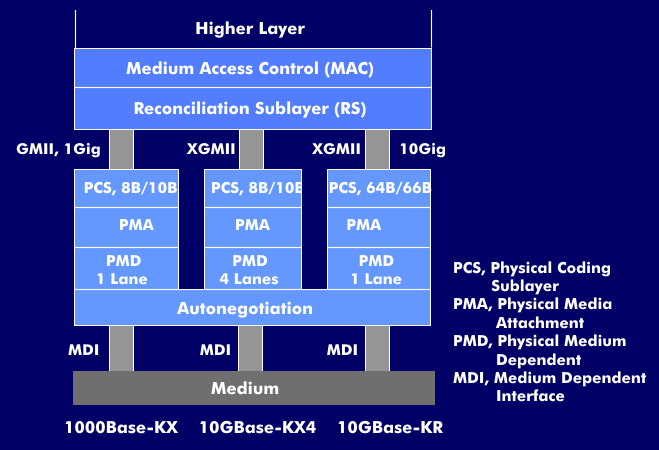 The IEEE 802.3ap working group has specified three interfaces for backplane Ethernet: 1000Base-KX, 10GBase-KR, and 10GBase-KX4. In these developments, certain Ethernet specifications were retained. For example, the Ethernet frame format for the medium access control( MAC) and the minimum and maximum frame lengths. In addition, the specifications must support existing interfaces, they must bridge distances of one meter, they must support automatic adaptation to the highest possible data rate, autonegotiation, and they must have a bit error rate of less than `10^-12`.