An automated tape library can be a system that can control up to several thousand magnetic tape cassettes or cartridges via robots. The tape cartridges are located in compartments from which they are picked up by the robot, inserted into a magnetic tape drive and accessed by the server. 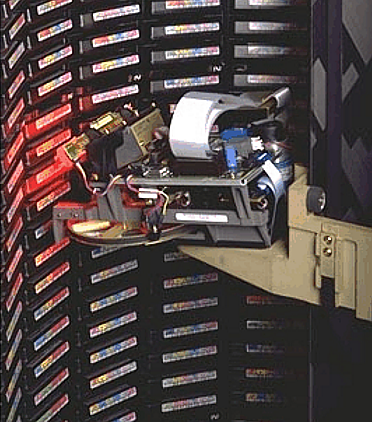 ATL systems manage the filing and insertion of tape cartridges. The system maintains a database of tape information, including tape status and physical location in the library. It does not manage the records stored on the magnetic tape cartridges.

As an alternative to Automated Tape Libraries (ATL), there are Virtual Tape Libraries( VTL), which are used for data backup and recovery.