All-in-one PCs is a PC concept in which the computer hardware is housed in a display case that is as flat as possible. Such all-in-one PCs can be designed as space-saving personal computers without a keyboard, but also as multimedia PCs with digital TV.

The concept of all-in-one PCs 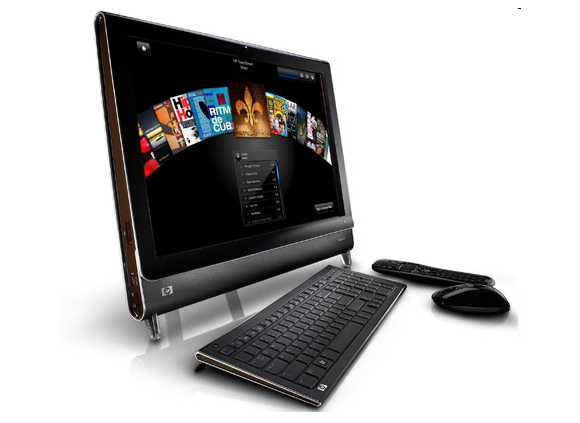 All-in-one PCs have a mini hard drive with several 100 gigabyte storage capacity, WLANs according to IEEE 802.11, drives for Blu-Ray discs( BD) and Digital Versatile Discs( DVD), connections forGigabit Ethernet and several USB interfaces. Depending on the concept, they are equipped with a wireless keyboard and wireless mouse, or with a touchscreen or multi-touch. A webcam, stereo speakers, microphone and card reader for various memory cards are further features. The flat screens have screen sizes between 17" and 22" and aspect ratios of 16:9. They stand on a stand.

All-in-one PCs suitable for digital TV have an antenna input for analog TV and digital TV( DVB). They also have video inputs for S-Video or component video. They are operated via a remote control unit.

All-in-one PCs run the Windows XP Home operating system. They are trimmed for low power consumption, have energy-saving operations and work without fans, which means that their noise levels are far below those of other personal computers.