Lossy compression ADPCM reduces the data rate of speech and music from 64 kbit/s by at least 50% to 32 kbit/s.

The standardization of ADPCM 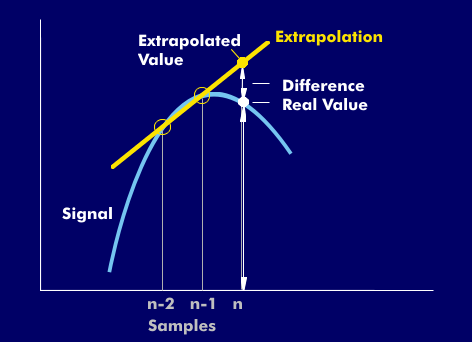 The ADPCM method was specified in 1986 as ITU standardG.721, later under G.726 and G.727 for higher data rates up to 40 kbit/s and uses an extrapolation between two adjacent samples with a certain uncertainty in the prediction of the following sample. According to the procedure, ADPCM coding first quantizes the input signal linearly. The resulting signal is weighted and serves as an offset for the prediction of the signal course. What is encoded is the difference between the actual sample and an extrapolated signal level, which is due to the instantaneous difference in the two levels. The extrapolated level is determined by the two previous samples. The algorithm implemented depends on the input levels, resolution and frequency requirements. For example, one algorithm used in G.721 is the IMA algorithm from the Interactive Multimedia Association (IMA). 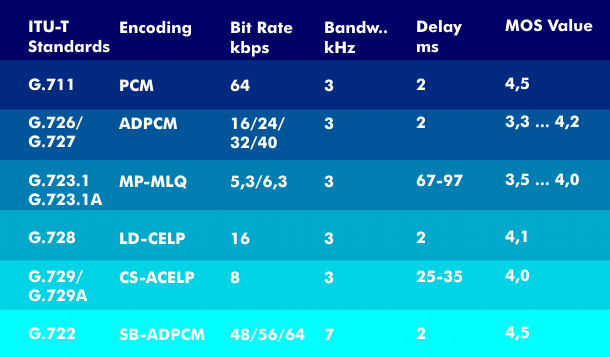 According to the new ITU standard G.722 for broadband voice transmission, which is based on a frequency range of 50 Hz to 7 kHz - this would result in 128 kbit/s with normal PCM technology - compression to 64 kbit/s is achieved. This standard is used, for example, in ISDN videophones. There are other ADPCM variants that are identical in terms of the process, but only digitize with 3 or even only 2 bits.