The VPX method opens up access to parallel bus systems for the VME bus. VPX was standardized by the VITA Standards Organization(VSO) under VITA 46 and in 2007 also by ANSI under the designation ANSI/VITA 46.1.-2007. The development of the VPX technology is characterized by manufacturing companies from the military technology: Boeing, Curtiss Wright Controls, Mercury, Radstone and Northrop Grumman.

VPX is expected to compete in the market segment where serial switching technologies such as PCI Express, CompactPCI, Rapid I/O, Infiniband, and 10- Gigabit Ethernet are deployed. These technologies are increasingly replacing the traditional parallel bus architectures. They feature much higher data rates and throughput, and support multiprocessor systems that have the highest inter- processor communication requirements.

During the development of VXP, special attention was paid to the existing card formats so that existing modules such as the PMC module or the M module can be integrated into the new systems. 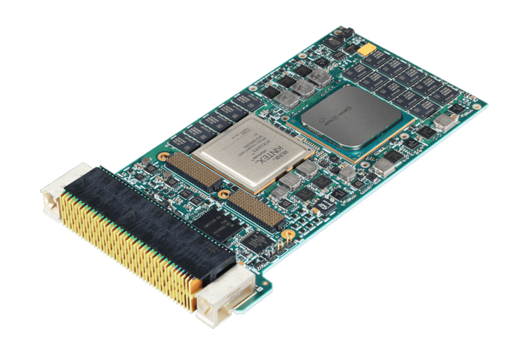 In the VPX module, the DIN connector is replaced by a 7-row MultiGig RT2 connector, which can be used to connect up to 728 signal lines on a double Eurocard. The connector allows the signal lines to be split into up to 160 differential signals per module.