The performance of the UMTS network is achieved by a new type of cell structure, combining cells of different sizes and with different data rates. Within a radio cell, a bandwidth of 2 Mbit/s is available to all active subscribers together per duplex 5 MHz frequencyband.

As the smallest radio cell with a radius of less than 100 meters, there is the picocell, which provides coverage in the building and property area. The microcell, the next largest radio cell, can provide coverage for urban areas and has an extension of up to several kilometers. In addition, there is the macrocell for suburbs and rural areas, which covers a coverage area of 20 km and more. Even larger area coverage is provided by the hypercell and, with a radius of up to several hundred kilometers, by the umbrella cells. The two radio cells are also referred to as the world cell in the global concept of UMTS. 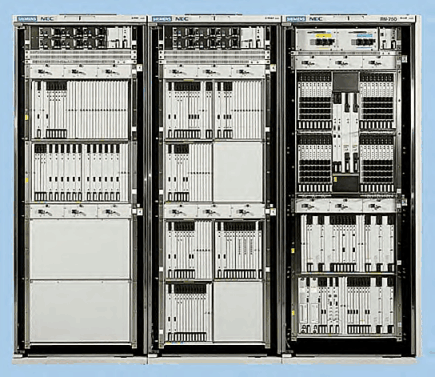 The central cell station in the network infrastructure of the cellular UMTS network is the base station, which is called NodeB in the UMTS network. It forwards the data to the higher- level control unit, the radio network controller( RNC). From there, it goes via an interface, the media gateway, into the core network. The radio part of the UMTS network is called UTRAN (UMTS Terrestrial Radio Access Network).