Tetra is a trunked radio with radio cells. Like a GSM network, the Tetra network is a radio cell-based network in which the mobile radios communicate with the Tetra Base Station (TBS).

The Tetra network does not have a Base Station Controller( BSC) like the GSM network; in Tetra, the base stations are directly connected to an exchange, which in turn communicates with other exchanges, Digital Exchange for Tetra (DXT), and the Dispatcher Station( DST). 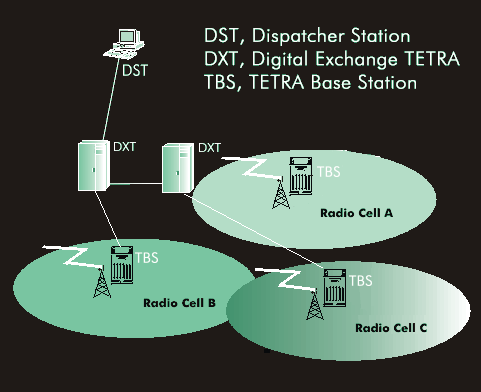