The transmission of high frequency and microwaves, as they occur in radio and television broadcasting, satellite transmission and WLANs, can only take place via shielded media with defined impedance.

The shielding ofRF connectors prevents the radiation and emission of the high frequency and the ultrahigh frequency. The defined characteristic impedance is the prerequisite for broadband, low- attenuation transmission. For this reason, high frequency with frequencies of up to 20 GHz is transmitted via coaxial cable. Waveguides are used for higher frequencies. 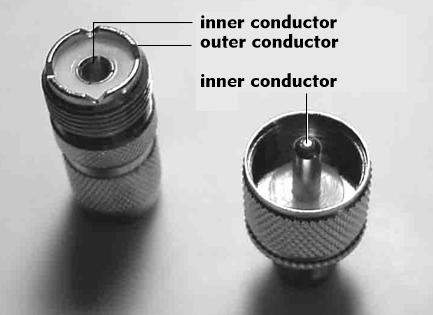 RF connectors differ in size, thickness of the coaxial cable that can be connected, frequency range, RF tightness, impedance and some other parameters. 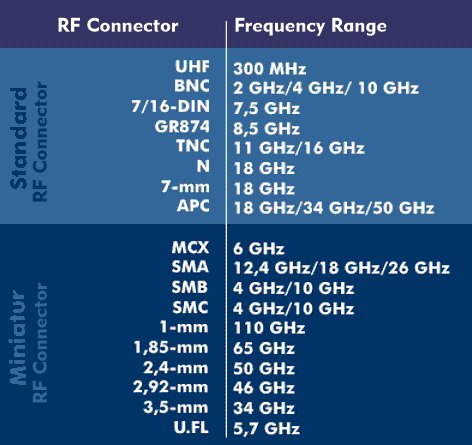