The ever-increasing miniaturization has also reached mechanical components, such as microswitches, which were previously used in cell phones and smartphones and are increasingly being replaced by HF- MEMS switches.

HF-MEMS switches are the smallest, fully encapsulated switches in microsystems technology( MST), whose switching tongues are moved by static, magnetic, piezoelectric or electrothermal forces. They are realized in micrometer structures. The switch tongues themselves are free-standing and can be made of conductive metals such as gold or aluminum. 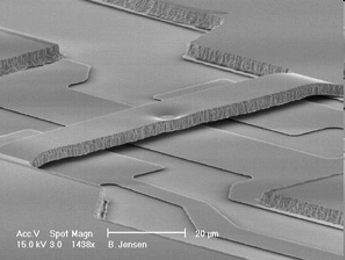 RF MEMS switches are extremely compact and space-saving, fabricated from silicon, compound semiconductors, polymers, and metals in hybrid wafer-based processes, and feature lowest insertion losses, less than 0.1 dB in the on-state, 20 dB and much higher in the off-state, lowest control powers of less than 1 nW, and series resistances of less than 1 ohm. They have minimal signal distortion, shortest switching times of a few microseconds and can be operated over several hundred million switching cycles. Their bandwidths can easily reach 100 GHz. 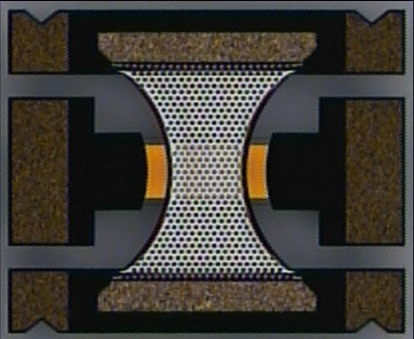 Such RF MEMS switches save space and can be used wherever capacitances, inductances and antennas have to be switched on or off. For example, in measurement technology and test systems, in cell phones and systems for mobile radio and communications technology, in radar systems and satellites.