To ensure compatibility in the development of wireless power transmission, the Wireless Power Consortium(WPC), which includes well-known semiconductor, battery and cell phone companies, established the Qi standard, pronounced "chi". In the Qi standard, power is transmitted by magnetic induction( MI). The Qi standard has been adopted as a standard by the International Electrotechnical Commission( IEC).

The Qi standard is a universal standard for the energy transmitters, the transmission modalities through the Qi protocol, the charging devices and the energy receiving modules, which aims to ensure the interoperability of the previous proprietary energy transmission systems. It defines the basic characteristics such as the frequency and power range, the positioning of the transmitting and receiving side flat coils for inductive coupling, and the receiver design. 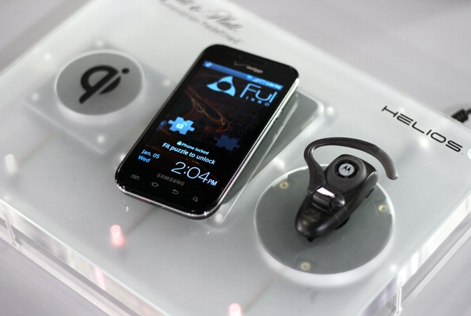 The Qi standard is already used in the inductive charging mats and powermats and is said to enable power transmission in the low-power range of 5 W and up to 15 W. The value of 5 W is specified in the first standard"System Description Wireless Power Transfer". In later versions, energy classes of 200 W, 800 W and 2.4 kW are to be realized, i.e. also for applications in the kitchen area.

The power transfer takes place on request of the receiver and is constantly monitored by the power management. There are three transmission profiles: Baseline Power Profile( BPP), Extended Power Profile( EPP) and Foreign Object Detection( FOD). Communication between the power transmitter and receiver takes place in the inner-band range at the same frequencies as the wireless power transmission, between 100 kHz and 205 kHz. 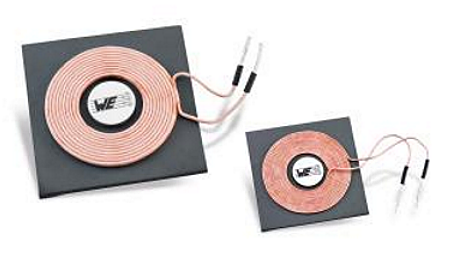 The revised version of the Qi standard no longer distinguishes between just two coil designs, but between nine designs, in terms of their size, design and number of coils. A distinction is made between rectangular, round and bilifar wound coils. Multi-coil transmitters are concerned with the positioning of the individual coils in order to cover as large an area as possible.