PICMG is a bus system for industrial computers based on the PCI bus and the ISA bus and specified by the PCI Industrial Computer Manufacturers Group (PICMG). With the PICMG standard 1.0, the consortium of the same name had adopted a first standard for single board computers( SBC) in 1994.

In contrast to the PCI and ISA headers, the PICMG headers have two headers arranged in series: one for the Industry Standard Architecture (ISA), a second for the PCI bus. In addition, the backplane is passive and must be equipped with a CPU card. With this design, PICMG wanted to give manufacturers of industrial computers a future- proof platform. This is expressed on the one hand in the high data transfer rate of the PCI bus at that time and on the other hand in the various interrupt possibilities of the ISA bus for real-time applications. 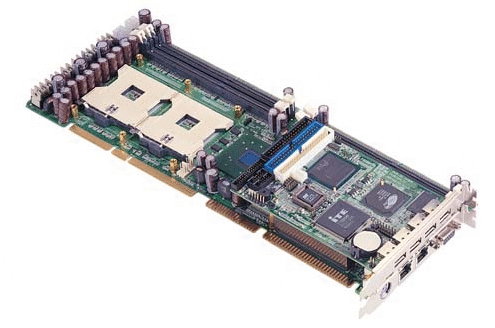 The PICMG board is a computer module in which standard functions are purchased in the form of small boards and the carrier board is developed in-house. The standardized full-size board has a size of 122 mm x 338 mm. In version 2.0, the PICMG board has one or two PCI buses, but no ISA bus. The board size corresponds to that of version 1.0. 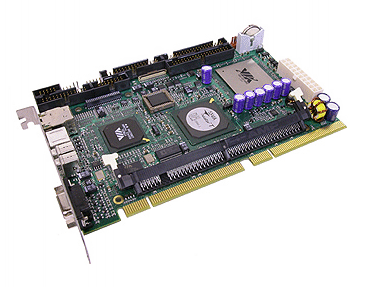 Another PICMG variant, called V1.2, evolved from PC/104 and was standardized in 2003. This version is called ePCI and can be operated with two PCI buses on the backplane. In addition to the normal PCI buses, a PCI-X bus is also provided. The ePCI specification defines three 32-bit PCI connectors. All PICMG boards are based on CPUs of the x86 series.