Mac OS X is a Unix-basedoperating system from Apple Inc. in Cupertino, California. It was developed exclusively for Macintoshcomputers from the same company. The first Mac OS X was introduced in 2000 as the successor to Mac OS 9.5, whereby the "X" is to be interpreted as a Roman numeral sign for "10", but also as a reference to the Unix character of the operating system.

Since its launch, the different versions of Mac OS X have been named after cats of prey. 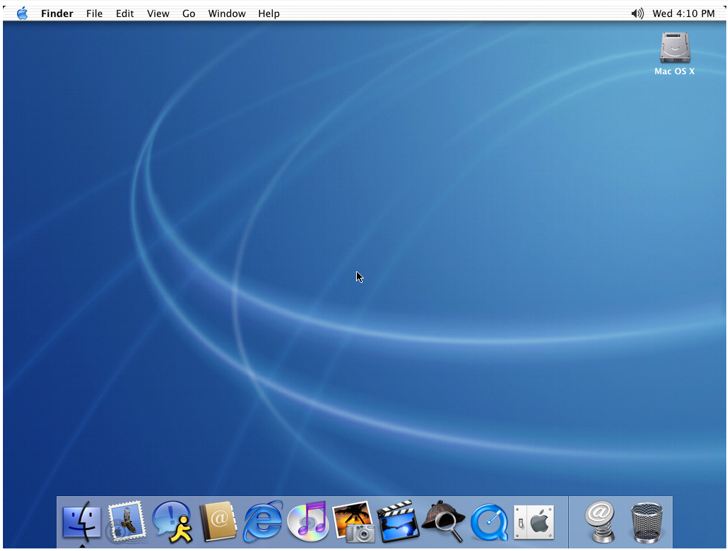 All versions of Mac OS X, as well as Apple's older operating systems, have been kept as compatible as possible with other system worlds. Common file types such as JPEG, MP3, PDF or documents from Microsoft Office can be opened, processed and forwarded on the Macintosh without any problems. The fact that Microsoft Office is also available for the Macintosh made the company from Redmond at times the top-selling software supplier for the Mac.

Some of the older versions of Mac OS X already worked with 64-bit features, but Snow Leopard fully supports 64-bit mode. Theoretically, a Macintosh computer can now be equipped with up to 16 terabytes ofRAM. Because of the switch to 64-bit, the Macintosh's user interface, the "Finder," has also been redesigned for Snow Leopard. New features include customizable queries with the Spotlight search function or a better icon display when browsing through extensive documents.

According to the manufacturer, the backup program "Time Machine", which has been a standard part of the operating system since Mac OS X 10.5, has also been improved and the first backup of indexed data has been shortened by 80%. Since the first models of the Macintosh, great emphasis has been placed on its networkability with other computers and operating systems. The new Mac OS X 10.6 therefore also works with Microsoft Exchange Server 2007. To access Exchange services such as Mail, Calendar and Addresses, Macintosh users can use the familiar Mail, iCal and Address Bookapplications from Apple.

The operating system also includes the new QuickTime X for playing audio and video and Apple's Safari 4 web browser. JavaScript now runs 50% faster thanks to 64-bit support. To prevent downtime, the browser's plug-ins, identified as the most common cause of glitches, now work separately.

Those upgrading from an older Mac OS X to Snow Leopard gain nearly 7 gigabytes more on their hard drive, as Snow Leopard uses half as much memory as its predecessor.