For surround sound, there are some audio file formats that feature high audio quality and excellent separation of the individual channels. These include Dolby Digital and Digital Theatre Sound( DTS), but they require a high data rate and are often not backward compatible with existing mono and stereo receivers. Also, certain surround methods cannot be transmitted over the existing broadcast infrastructure. MPEG Surround is designed to eliminate these disadvantages.

MPEG Surround is an audio file format for the transmission of monophonic, stereophonic and surround sound, which can be combined with many audio coding methods; such as MPEG Layer-2, High Efficiency Advanced Audio Coding( HE-AAC) or MP3. Surround sound can be transmitted in all variants from 5.1 to 7.1 and 10.2 with minimal additional data rates of a few kilobits. 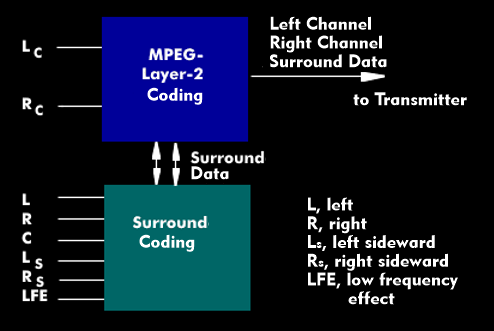 MPEG Surround is scalable and is characterized by high audio quality.