Under 100 Gigabit Ethernet, there are several 100GbE interfaces for fiber, one of which is 100GBase-ER4, which can bridge distances of up to 40 km. However, this distance assumes that the implementations work with an optical amplifier.

In the ER4 extension, the" ER" means Extended Reach and stands for the four wavelengths in the second optical window. The interface uses 64B66B coding and the number 4 states that the transmission is switched a duplex monomode fiber using DWDM technology over four DWDM paths. 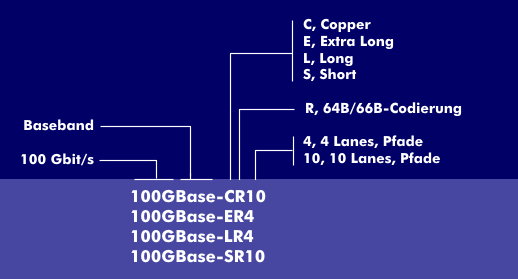 Nomenclature of the 100 Gigabit interface