The Galileo satellite navigation system initiated by the European Union( EU) is the counterpart to the U.S. Global Positioning System( GPS). It is managed by the European Space Agency ( ESA ) and was scheduled to go into operation as early as 2009. The first launch with 18 of the planned 30 satellites took place at the end of 2016, and full commissioning with all satellites and services is scheduled for 2020.

Galileo is designed to be more accurate than the GPS system and is primarily aimed at civilian applications; it also provides more services. 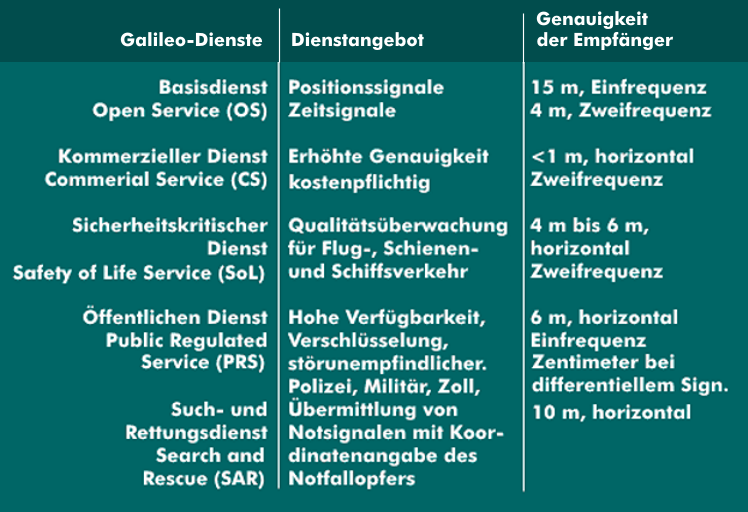 Services of the Galileo navigation system 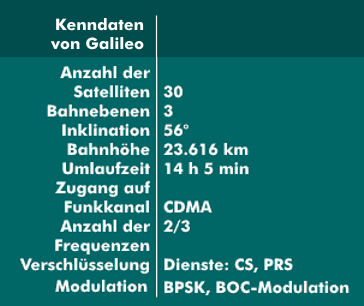 Galileo operates with 30 MEO satellites, 3 of which are reserve satellites, orbiting the Earth on three circular satellite orbits at an altitude of 23,616 km.

The frequency bands were defined by the ITU. The lowest frequency band is assigned to Radio Navigation Satellite Services( RNSS). Data rates are service- and modulation-dependent and range from 50 bit/s to a maximum of 1,000 bit/s for the commercial service with two- phase shift keying(BPSK).

In addition, Galileo is interoperable with the GPS system and Glonass, which means that even under the most unfavorable Galileo reception conditions, sufficient navigation signals can still be received from the other two navigation systems.