The acronym GNU is most often used for "GNU is not Unix". It is a project that was launched in 1984 by the Free Software Foundation( FSF). The goal of the GNU project was to develop an open, license-free operating system that would be similar to Unix.

The development initiative was influenced by the simultaneous development of Linux, with the developer of the Linux kernel, Linus Torvalds, providing it for the GNU project, which at that time did not yet have a kernel. Independently of this, further development was carried out on the GNU kernel. The GNU operating system is available to all interested parties free of charge as open source. It can be used for all applications and the user who has access to the source code can modify it for his applications. 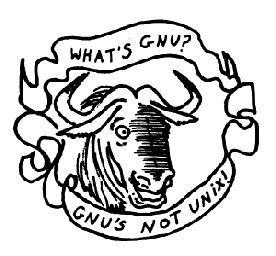 The supervision of the GNU guidelines, like the free distribution of the GNU software and the further developed source code, takes over the Free Software Foundation (FSF).