FireWire is a high-speed serial connection technology for PC peripherals developed by Apple, standardized by IEEE under the designation 1394 and also listed as EIA-775. FireWire works with a thin 6-core or 9-core STP cable and offers data transfer rates ofbetween 100 Mbit/s and 400 Mbit/s and in the B version of 800 Mbit/s and 3.2 Gbit/s and 400 MB/s respectively.

Under the designation i.Link, FireWire technology is also used in Sony's consumer devices and notebooks. 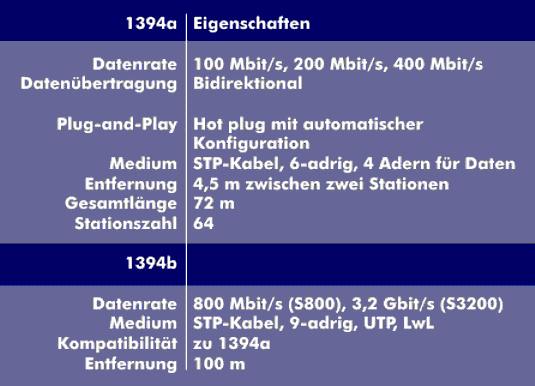 The classic FireWire, known as FireWire-A, used for years in Macintosh and personalcomputers and in many other systems, was joined by the faster FireWire-B in 2003. The specifications of the B version are the same as 1394b. In 2004, wireless FireWire was added to the wired FireWire technologies, and in 2008, the high-speed Firewire S3200 version was introduced with a data rate of 3.2 Gbps. It complies with the IEEE 1394c interface standard. 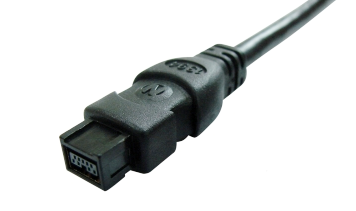 Key features of the different versions include hot-plugging, which allows devices to be connected and detected on the fly, data transfer rates of 50 MB/s for the A version and 100 MB/s or 400 MB/s for the B version, an integrated power supply of 8 VDC to 33 VDC at 1.5 A, connection of up to 63 devices per bus, and cable lengths of up to 4.5 m between devices. The devices can be operated in daisy chaining. Connection is direct without cable termination or device IDs.