In the case of CPU sockets, the development goes back to the basic constellations of Single-Inline-Package and Dual-Inline-Package, which were constantly expanded in their connection rows. The further development led to the square designs, with connection contacts on all sides as with the QFP package. As even these designs could not cope with the enormous connection requirements, sockets were developed for central processing units (CPU), caches, etc., whose connections are arranged in the form of a square. Sockets were developed whose connections are located in the form of an array under the chip as with Ball Grid Array( BGA) and Pin Grid Array( PGA) with their many variants.

Special versions of the CPU sockets bring it to over 500 connection pins, whereby the pin assignment is one of the decisive criteria, others are the clock frequency and the operating voltage used 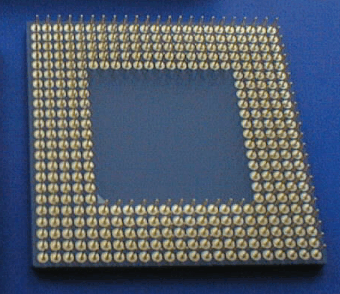 In order to be able to classify the multitude of different sockets developed for the respective central processing units (CPU), a designation with numbers and letters was introduced for the CPU sockets. In the case of the three- digit designations, the number indicates the number of connection pins. Some processors are not plugged into sockets but into slots, while others are soldered onto the circuit board without sockets.

CPU sockets and slots for classic and modern CPUs

The following is a list of sockets and slots:

Socket 4: CPU socket for Pentium processors with 60 MHz and 66 MHz internal clock frequency and a supply voltage of 5V. Socket 4 has 273 pins and is designed for a max. clock frequency of 133 MHz. It was developed for the Pentium 60 and 66. 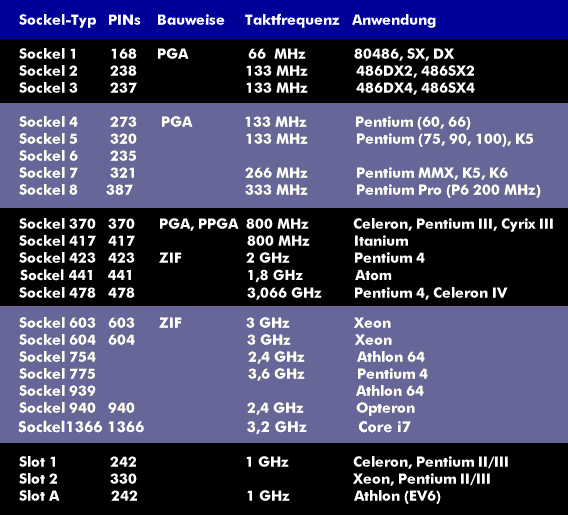 Overview of the different CPU sockets

Socket7: ZIF socket 7 was specified by AMD and Cyrix and is suitable for Pentium MMX with 133 MHz to 266 MHz, as well as for other Pentium processors with clock frequencies between 75 MHz and 200 MHz. Socket 7 is the most common socket for K5 and K6 processors from AMD, Cyrix M2, IBM 6x86MX, IDT Winchip and others. The socket has 321 pins, can be used up to clock frequencies of 500 MHz and has been standard since 1999, alongside slot 1.

Socket 8: Only Intel's Pentium Pro fits in this socket. Socket 8 has 387 pins and is designed for clock frequencies up to 333 MHz. 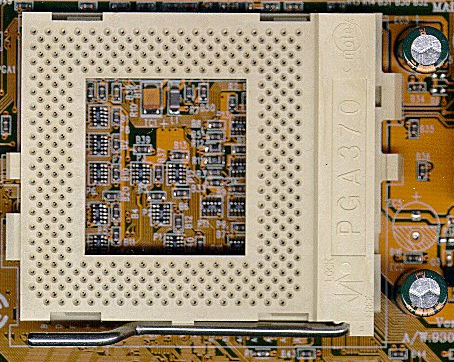 Socket 370: Socket with 370 pins for Celeron, Pentium III and Cyrix III. Socket 370 is available in PGA, PPGA and FC-PGA with clock rates up to 800 MHz. The CPUs have a level 2 cache

Socket 417: The Socket 417 has 417 pins and is suitable for the 64-bit CPU Itanium from Intel and HP. In Socket 417, the signal and power supply pins are shielded from each other, which allows signals to be transmitted at clock rates of over 2 GHz.

Socket423: With 423 pins for Pentium 4. The socket is designed as a ZIF socket, Zero Insertion Force (ZIF), and can be used for clock frequencies of up to 2 GHz.

Socket 441: Processor socket for the Atom processor. This is used in subnotebooks, UMPCs, netbooks and nettops.

Socket 478: This socket with 478 pins is for the Pentium 4 and the Celeron IV. It is designed for maximum clock frequencies of 3.066 GHz.

Socket 603: Socket 603 is the base socket for multiprocessor PCs with up to eight CPUs and clock rates of at least 1 GHz. The Front Side Bus( FSB) has a clock frequency of 400 MHz. It is a ZIF socket with 603 connection contacts. 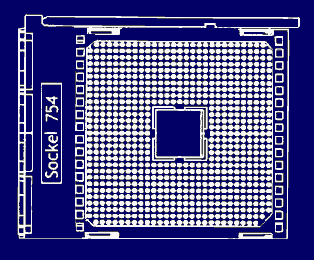 Connection diagram of the CPU socket 754

Socket 604: Socket 603 is the basic socket for multiprocessor PCs with up to eight CPUs and clock rates of at least 1 GHz. The frontside bus (FSB) has a clock frequency of 533 MHz.

Socket 754: For AMD Athlon 64 (Clawhammer) with a clock frequency of 2 GHz. With this socket, a single- channel controller came into the CPU.

Socket 940: A socket with 940 connections for AMD's Opteron. The maximum clock frequency is 1.8 GHz. 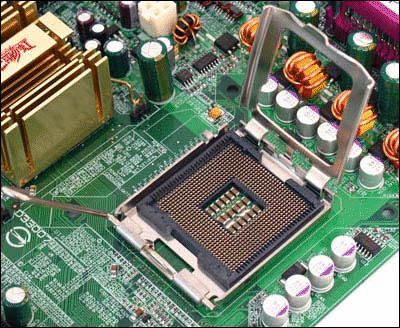 Socket 775: This socket was developed for Pentium 4 with clock frequencies between 2.8 GHz and 3.6 GHz and is also used by the Core 2 processor. It is an LGA socket with 775 pins, which is characterized by more ground lines and a better power supply. In addition, the socket 775 has advantages when inserting the central processing unit. For this purpose, the Socket 775 is opened, the central processing unit is put in and the frame around the CPU is closed. This creates the necessary contact pressure for the contacts. 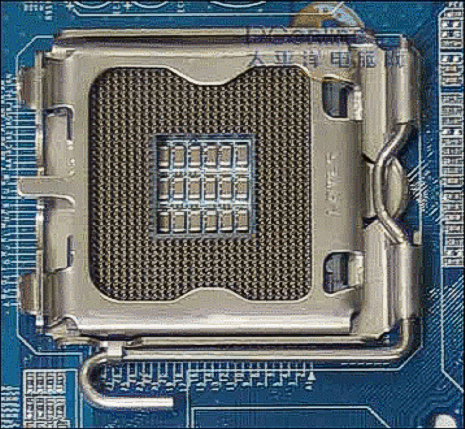 Socket 939: This socket was developed for the dual core processor dual Athlon (Athlon 64x2) and brought the second channel.

Socket 1366: Socket 1366 was developed for Intel's Core i7. In this processor, the signal lines have increased significantly because each of the 20 Quick Path Interconnect( QPI) consists of two 20-bit wide channels. In total, the i7 socket has 1366 pins. During mounting, the processor is pressed into the socket and locked with a lever.

Socket A: The ZIF Socket A is similar to the Socket 370 but not compatible with it. Socket A is a PGA socket with 462 pins and is only suitable for AMD processors Duron, Athlon, Spitfire with 800 MHz CPU clock, Thunderbird with 1 GHz CPU clock frequency and Mustang.

Socket M: Just like Socket A, Socket M is a ZIF socket, but with 478 contacts. However, it has a different pin assignment in contrast to the Socket 478. The Socket M is used for Intel's ULV processors Celeron M, Core-2 Solo and Duo, but is increasingly replaced by the CPU socket P.

Socket P: The CPU socket P replaces the socket M. It was developed for ULV processors. It is used in conjunction with the Intel Core-2-Duo, Core-2-Extreme and Pentium Dual-Core (mobile) CPUs.

The CPUs are mounted vertically in the slots. 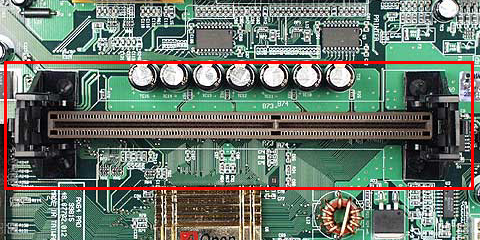 Slot 1: Slot 1 has 242 pins and is comparable to an expansion slot. It was introduced with the development of the Pentium II and can also accommodate the Pentium III, as well as the Celeron processors. The CPU is located together with the level 1 cache and the level 2 cache on the ladder board in one module. Slot 1 is designed for maximum clock frequencies of 1 GHz.

Slot A: Slot A has 242 pins like slot 1, but is mirror-inverted in terms of design. This slot is suitable for the Athlon from Advanced Micro Devices (AMD) and is designed for maximum clock frequencies of 1 GHz.

Slot M: In order to achieve the highest possible bandwidth, the ground lines are routed directly to the CPU case via an extra connector. Slot M is used for Intel processors IA-64, Merced.