To enable visually impaired and blind people to work with the computer, such terminals are equipped with devices that allow these groups of people to read the screen content in their own way, namely tactilely via Braille. Corresponding terminals for the blind are called Braille terminals after the developer of Braille.

Braille terminals are electromechanical terminals that can display Braille characters line by line, namely in Braille lines. Braille characters are represented by raised dot matrices of 6 or 8 dots arranged in three or four rows of two dots each. To mark such a sign, small pins are raised or lowered through holes so that the visually impaired person can scan them with his or her fingertips. 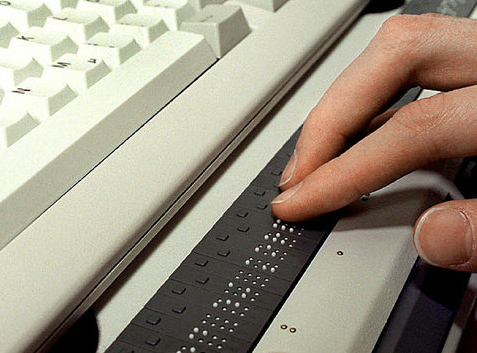 A Braille display usually consists of 40, 65 or 80 Braille characters. The mechanism for raising or lowering the pins is motor-controlled or works according to the piezo effect, in which a crystal bends when a voltage is applied to it. 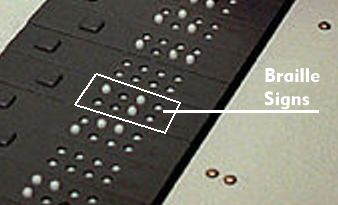 A further development of the Braille display is the Braille tablet, which works with microfluidic bubbles and can display an entire page of text in Braille.