The 80386 was Intel's first 32-bit processor; it was commonly referred to as the "386". The superscalar microprocessor, which was specially developed for personal computers(PCs), was introduced in 1985 in the DX version with 16 MHzclock frequency, which was later increased over 20 MHz to 33 MHz.

The 386 was first available in a DX version with a 32-bit data bus, later in an SX version, which stands for Sixteen, for a front side bus of 16-bit bus width and an SL version.

The 80386DX is a true 32-bit processor with 32-bit data bus, 32-bit registers and 32-bit memory addressing over which a maximum memory capacity of 4 GB can be addressed. 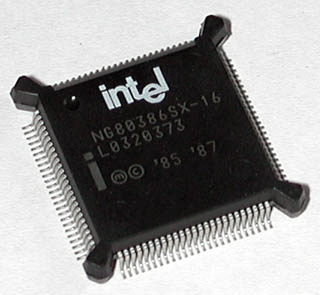 Like the SX version, the 80386SL version supports a Front Side Bus( FSB) of 16 bits, works with an internal data bus of 32 bits, but also has a power saving function for use in portable PCs. 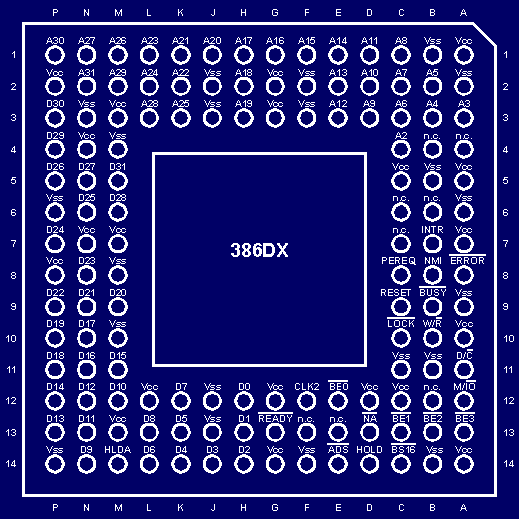 Like the 80286, the 80386 also knows Real Mode and Protected Mode. The first for the purpose of compatibility with DOS programs, the second with extended memory area. In addition, there is the Virtual Real Mode, an operating mode in which the 386DX works like several 8086s running simultaneously and supports operating systems running in parallel. Furthermore, in contrast to the 80286, it is possible to switch from one operating mode to the other during operation.

The 80386 was first used in Compaq computers, then later in PS/2 computers from IBM.